Who is Bryson DeChambeau?

Bryson James Aldrich DeChambeau professionally known as Bryson DeChambeau is an American professional golf player. He stands at number 12 in the world ranking. He is often described as golf's mad scientist for his self-developed unique swing techniques. DeChambeau plays PGA Tour. Dechambeau became the fifth player in the history to win both the NCAA Division I championship and the U.S. Amateur in the same year 2015.

In the Early Life of Bryson DeChambeau

Bryson DeChambeau was born on September 16, 1993, to father John Howard Aldrich Dechambeau and a mother Janet Louise Druffel in Modesto, California, United States. At the age of seven, Dechambeau moved to Clovis, east of Fresno. He completed his schooling from Clovis East High School and studied graduation in Southern Methodist University in Dallas, Texas majoring in Physics in scholarship.

In the career of Bryson DeChambeau 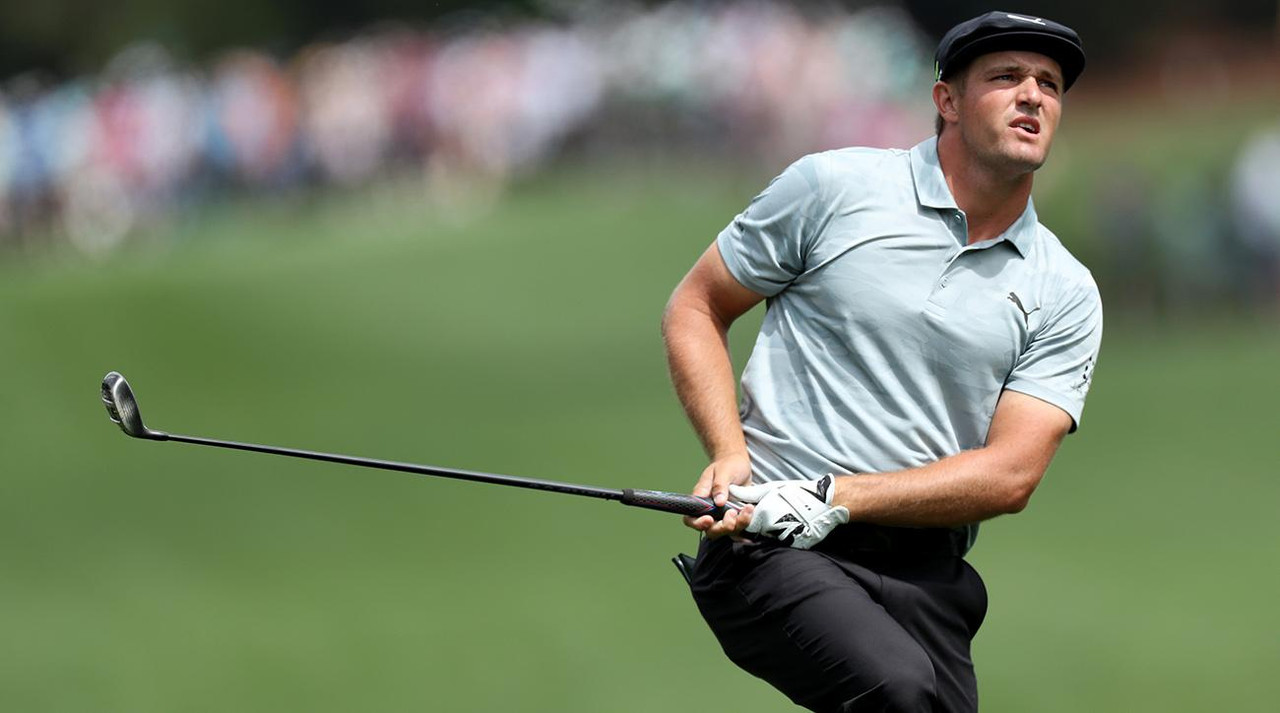 In 2010, Dechambeau already won the California State Junior Championship at the age of 15. In June 2015, Dechambeau became the first SMU Mustang to win the NCAA individual championship by one stroke with a record score of 280(-8). He defeated Derek Bard 7 &amp; 6 in the 36-hole final in August of the same year, winning the U.S. Title of the amateur. And he joined the list of players in history to win both the NCAA and U.S. Amateur titles in the same year. He became the 5th player to do so along with Jack Nicklaus in 1961, Phil Mickelson in 1990, Tiger Woods in 1996 and Ryan Moore in 2004.

Dechambeau debuted in PGA Tour as an amateur in June 2015 at the FedEx St. Jude Classic near Memphis, Tennessee. Dechambeau finished 45th place in the tournament. He also played U.S. Open at Chambers Bay as his first major championship tournament. He missed the cut by four strokes in the tournament. DeChambeau finished runner-up with John Senden and Andrew Evans at the 2015 Australian Masters in November. He was only two shots behind Peter Senior, the title winner. He was the low amateur at the 2016 Masters and tied for 21st place in the end. After playing the Masters in mid-April 2016, Dechambeau turned into a professional golf player. He signed a long-term agreement with Cobra-Puma Golf.

Dechambeau won the Memorial Tournament in Dublin, Ohio on June 3, 2018. He won the tournament in a sudden-death playoff against Kyle Stanley and a Byeong-hun. Recently, Dechambeau won The Northern Trust for his first playoff victory on August 26, 2018, at Ridgewood Country Club. Dechambeau also established a new record for the tournament with a score of 266, besting the old Ridgewood record of 270. The previous record was set by Hunter Mahan in 2014. In 2011, JumboMax Grips was suggested by his instructor Mike Schy. Its the largest grips commercially available which allows DeChambeau to hold the grips in his palms and not his fingers.

How much is the net worth of Bryson DeChambeau? 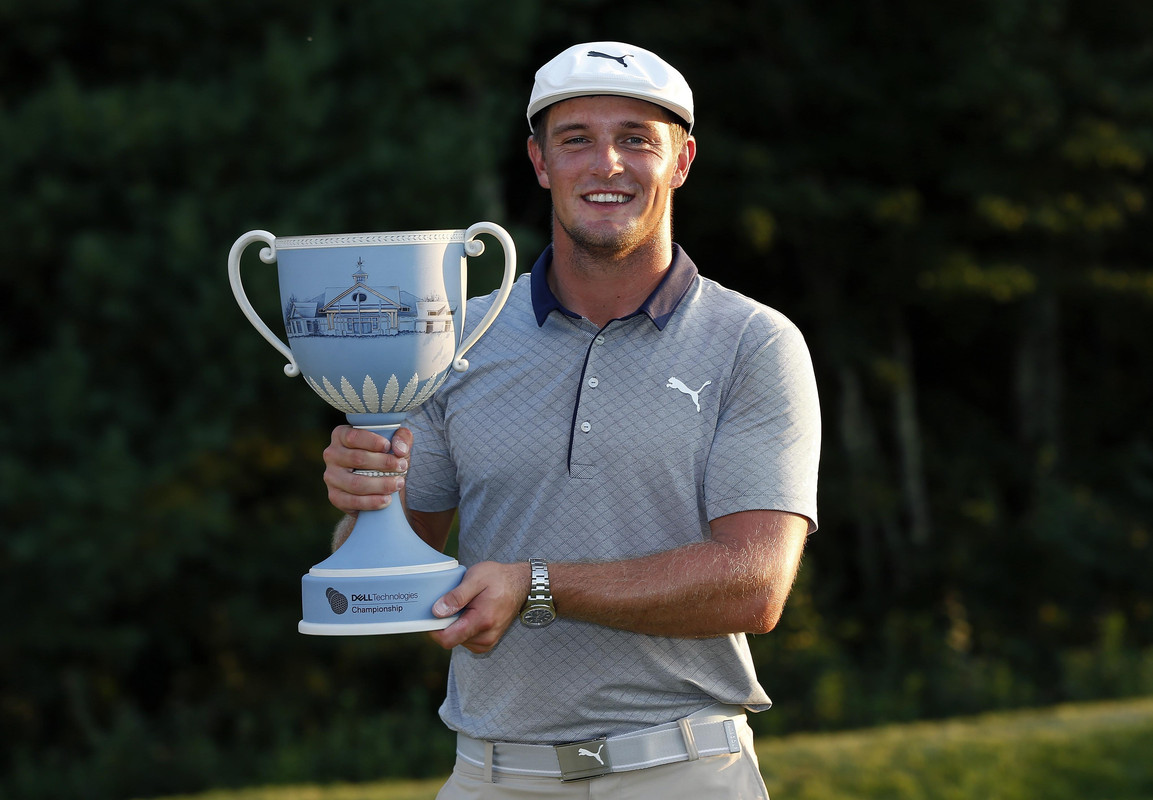 Fig: Bryson DeChambeau with the awards

Bryson DeChambeau may be young but he is certainly getting rich. The professional golfer is said to be worth $10 million from the wealth that he has earned over the course of his golfing career. He apparently makes over million a year as his salary.

In the Personal Life of Bryson DeChambeau 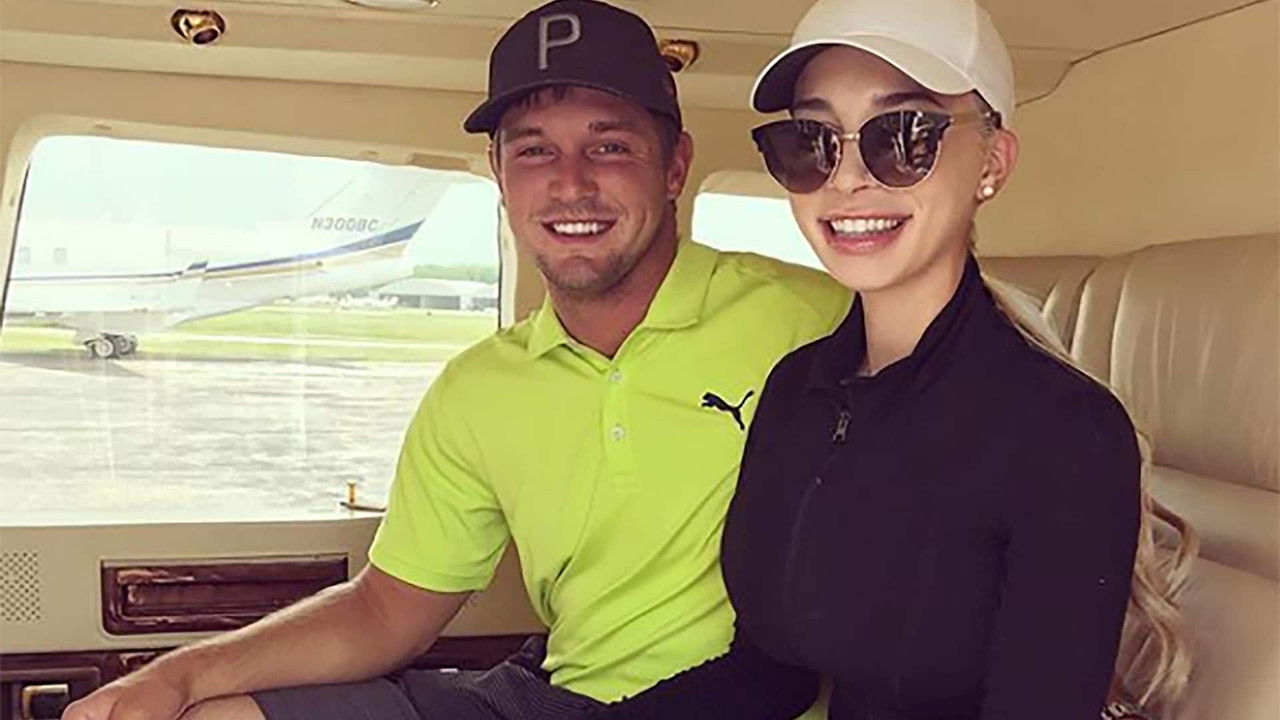 Bryson DeChambeau is in a loving relationship with Instagram model Sophia Phalen Bertolami. There are conflicting reports as to when exactly the two began seeing each other, however, it was in June 2018 that Bertolami officially confirmed she was dating DeChambeau to the public by posting a picture of her and her beau on Instagram.

He tends to keep his clubs in the same plane throughout his swing, which has him also not turning his wrists.